TOPIC: “The crossroads of the freight industry.”
You must register to attend. Attendance links will be emailed to registered attendees on 09/29. 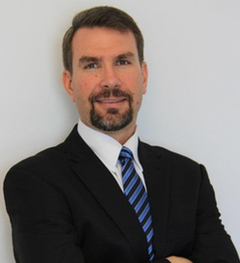 Lionel van der Walt has more than 20 years of international executive leadership experience. He spent the early part of his career in the South African Air Force and later over a decade with the International Air Transport Association (IATA), where he held various leadership roles based out of South Africa, Spain, and the United States, including President of Cargo Network Services Corp. (CNS), IATA’s U.S. cargo subsidiary.

Post CNS, he served as Chief Executive Officer at the International Institute of Building Enclosure Consultants (IIBEC) and then as President and Chief Executive Officer, Americas at PayCargo. He also served as a member of the Caribbean Hotel and Tourism Association and PayCargo’s Board of Directors. Currently, Lionel is Global Chief Commercial Officer at PayCargo and serves as a member of the RCI/IIBEC Foundation, the Clayton Youth Rugby Club’s Board of Directors, and the Florida Blockchain Foundation’s Smart Supply Chain Alliance Advisory Board of Directors.

Lionel has a passion for driving positive change and transformation both in the workplace and across the industry. He strongly supports increased stakeholder collaboration, attracting new talent to industries, and embracing diversity. Having
worked across three continents he is a true global citizen with a clear understanding of the benefits that multicultural teams can deliver in today’s connected world.

Lionel holds an MBA in Strategy and General Management from Milpark Business School in South Africa and qualified both as an Air Traffic Controller as well as an Aircraft Maintenance Technician earlier in his career. 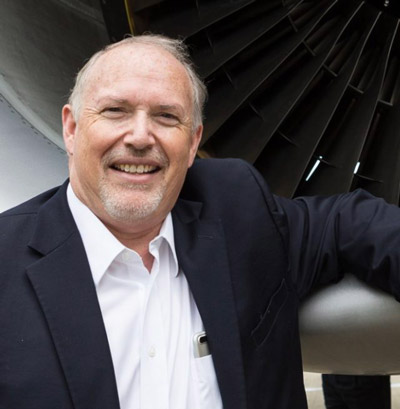 Michael White is the Founder and President of Trade Network Consultants LLC. He is a proven leader in the air transport industry’s efforts to improve air cargo security, e-commerce growth, IT development, industry advocacy, and operational excellence. He leads a team of industry experts in customs, security, aviation, logistics, and process improvement issues.

He has also held several senior management positions including Manager of Cargo Services-Worldwide for United Airlines, Regional VP for Cargo Service Center, Managing Director of Cargo for the Air Transport Association, COO of SkyLink USA, and most recently President of Cargo Network Services (An IATA Company). His unique experience has covered the air cargo
supply chain with leading positions at airline airport and global air cargo operations, leading the largest ground handling operation at Chicago-O’Hare, representing the air transport industry over security issues after 9-11 and head of the largest country air cargo payment system in the world.

Michael has served on several key government and industry committees and working groups on air cargo security, member of the TSA Aviation Security Advisory Committee air cargo working group, IATA cargo customs/security groups, and the US-Canadian Cross Border Harmonization task force. He serves in his second term as a member of the Commercial Customs Operations Advisory Committee (COAC) for US Customs and Border Protection by appointment from the Secretaries of the US Department of Homeland Security and the US Department of the Treasury.

Michael has been declared by many as the “e”vangilist for the movement to move to full electronic paper documents in air transport. He is also a leader in the development of the air cargo security known shipper program and the indirect air carrier security program. He has worked closely with US Customs on the development of the Customs Trade Partnership Against
Terrorism (C-TPAT) program to ensure a secure supply chain and the Air Cargo Advance Security (ACAS) requirements for air transport security.

Michael has been recognized over the years for his work including being awarded the Airforwarders Association’s Jim Foster Award for Excellence, the Air Transport Association Bravo Zulu Award for dedication, and the United Airlines Cargo Safety Award. He was recognized by the US Commissioner of CBP for his time and dedication in helping to improve trade and customs movements.