Ed Dougherty, a long time figure at JFK airport, has been part of the electrical trades industry since 1961. From apprentice to foreman to owner, Ed has done it all. He has worked on spectacular projects involving Yankee Stadium, Jet Blue terminal, the original TWA terminal and has now come full circle being back in the famed building working on the project for the TWA hotel at JFK. Ed works tirelessly for many charitable organizations and events supporting the trades, children’s organizations and the local airport community. He is currently on the board of directors of the JFK Chamber of Commerce, the JFK Rotary Club, and is a member of the NYECA Advisory Board.

1. How did you get started in the electrical
contracting business?

My father was an electrician so I followed in his footsteps and entered the Apprentice Program in 1961. My career as an A Journeyman blossomed and I eventually was promoted to Foreman and General Foreman. As I learned more and more about the business aspect of the Electrical Industry I then became a Project Manager and Vice President. In 1983 I founded and opened my own business PEM Electric from 1983 to 2004. PEM represents the first initial of my three son’s names, Patrick, Edward and Michael. I am currently working as a consultant for Unity Electric an Engie Company.

2. How did you break into the airports?

In the 1970’s as a General Foreman I successfully managed several large scale projects at LaGuardia and JFK Airports and established many long standing business relationships. When I opened PEM Electric in 1983 it was only natural that I would continue to support the airports and maintain my business relations and clients. I have also been very blessed to work with many great people who have greatly helped with my success.

3. How does it feel to be back at the TWA Terminal?

Nostalgic. The iconic TWA Terminal brings back very special memories personally and professionally. I have had the pleasure of meeting many exceptional people, and they have been instrumental in the success of many projects. I fondly think of my past Project Manager Tom Carmody and all the TWA employees I have encountered over the years. Unfortunately Tom and a several other TWA employees are no longer with us. I know all the former employees would be very proud of the current TWA Hotel Project by MCR Development.

4. How did you get involved with the JFK Rotary
Kids Christmas party?

This event was established 42 years ago. After watching the magic come alive for so many years as a spectator I expressed an interest in the 1990’s to my Project Manager Tom Carmody that I wanted to be a part of this magical event and the rest is history. Tom also introduced me to the Rotary’s 5Krun on the airport runways and naturally wanted to be involved as well. So many people contribute to the success of these events. I know I speak on behalf of all the Rotary officers, members and volunteers that we feel blessed to be part of an amazing event. JetBlue and Ted Walters specifically have been instrumental with their continued support over the past 10 years. They have exceeded our expectations and the resources they provide have allowed us to bring something new and exciting every year to the children.

5. Where did you get your famous World Series ring?

In 1983 I met George Steinbrenner at a social event and he asked me to bid on the New York Yankees electrical contract for the stadium. My company PEM Electric was the successful bidder and we were awarded the project from 1983 to sw2004. Mr. Steinbrenner presented me with the ring after PEM Electric successfully completed several major projects on behalf of his organization. 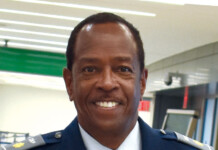 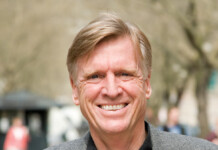 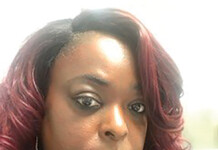 Unveiling of “The Pan Am Saga” Exhibit

The Largest Commuter Railroad In the Nation: Long Island Railroad