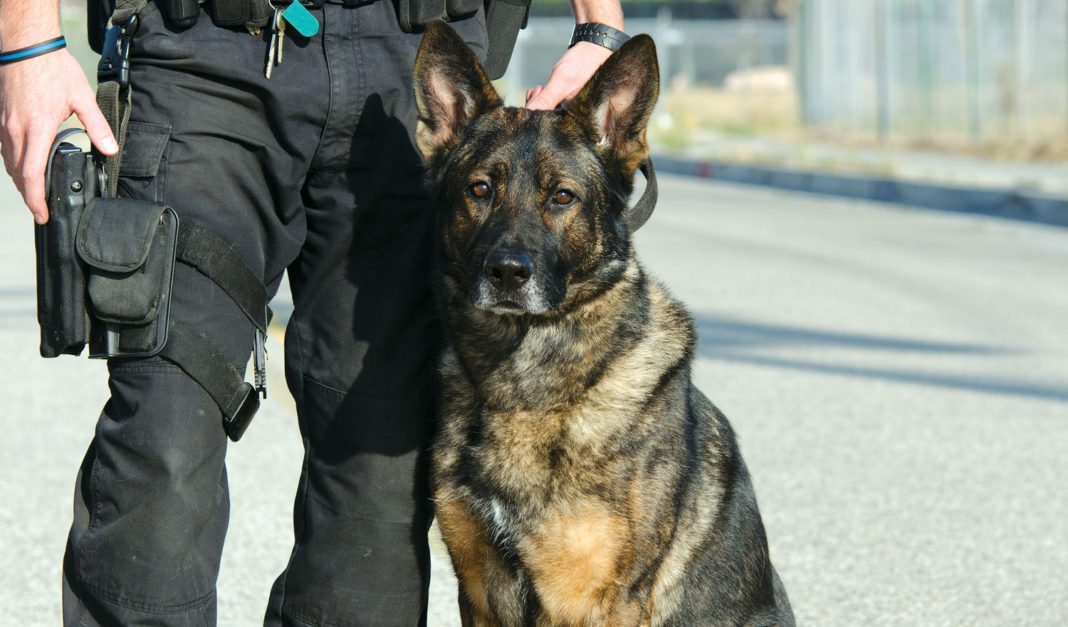 The Transportation Security Administration has had a K-9 program in its cargo screening compliance unit since 2007, when full-time handlers were paired with German shepherds, Belgian Malinois and Labrador retrievers trained to sniff out bombs in cargo shipped in the belly of commercial airliners.

Like their counterparts in other security and law enforcement organizations, TSA K-9 handlers have full responsibility for the care and feeding of their four-legged partners. And that means taking them home overnight and on weekends, where “man’s best friend” is likely to bond with the family as well.

At JFK International Airport, the head of the K-9 unit is Jim Fitzgerald, a soft spoken man with 19 years of experience in security matters and a broad understanding of airport operations. Jim’s past experience includes a stint with the FAA where he served in both a security and enforcement capacity, and now, with the TSA where he is now serving as Assistant Federal Security Director. This job includes supervision over the K-9 program.

The role of the K-9 unit has expanded since passage of the Aviation Transportation Security Act(ATSA) in 2001 after the terrorist murders of 2,996 people. K-9 units expanded their cargo coverage by screening dedicated freighters as well as belly-hold, and recently, the units have also taken on passenger explosive screening. In 2007, the expansion of responsibility involved physical areas of screening and these were identified as four various screening locations; Buildings, ramps, Airport Operation areas and plane-side.
Congress has recognized the value of TSA’s NEDCTP (National Explosives Detection Canine Team Program) through its continued support and funding. TSA’s NEDCTP is currently the largest explosives detection canine program in DHS, and the second largest in the federal government, with 997 funded National Explosives Detection Canine teams currently stationed at more than 100 of the Nation’s airports.

The expansion of the role of K-9 units is a positive statement regarding their effectiveness and efficiency. “Your dog’s never going to work harder than for the person that he loves,” said Bryan Szostak, treasurer of the Michigan-based National Association of Professional Canine Handlers.

On March 4, 2016, as part of TSA Administrator Peter Neffenger’s commitment to world-class training, TSA held a ribbon-cutting ceremony for a new 25,000 square-foot facility at the CTC with seven new classrooms, a 100-seat auditorium, and administrative space along with a parking lot and courtyard. The new facility is designed to support TSA’s mission by providing, training, and certifying highly effective explosive detection canine teams and is the result of collaborative efforts among TSA, Joint Base San Antonio-Lackland, and the U.S. Army Corps of Engineers.

One cannot finish a discussion of JFK’s K-9 units without mentioning the thoroughness and dedication of the TSA canine teams. Recognizing that 999 successes cannot overcome one mistake, Jim Fitzgerald is focused on making certain that both passengers and staff at JFK airport have an “uneventful” day.

Vaughn College’s Dr. DeVivo Named to Board of Governors