The Best Read and Most Trusted Source for Local Airport News & Employment.

We understand that airport employees are a tight knit community, and are interested in what’s happening at their airports. Metropolitan Airport News provides them with a central location at which to stay current with both social and work related news.

Produced by a team of aviation professionals and enthusiasts, our mission is to inform and update the more than 68,000 employees who work on airport properties, as well as the many others who provide goods and services in the surrounding communities. 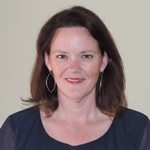 Kathryn Bliss has a strong background in Information Technology, Data Management, and Human Resources. Ms. Bliss has more than 22 years of professional management experience with Chase Bank, where she was a officer and manager. Her expertise focused on developing and analyzing data to assess the current and historical business environment and trends, regulatory requirements, and identify risks and errors. In addition, she managed a staff of Information Analysts as well as projects internal and external to the bank.

Kathryn also is the owner and manager of Aqueous Solutions, a specialized maintenance services company. She graduated from Hofstra University with a degree in Information Management. 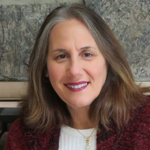 Julia Lauria-Blum earned a degree in the Visual Arts at SUNY New Paltz. An early interest in women aviation pioneers led her to research the Women Airforce Service Pilots (WASP) of WW II. In 2001 she curated the permanent WASP exhibit at the American Airpower Museum (AAM) in Farmingdale, NY, and later curated ‘Women Who Brought the War Home, Women War Correspondents, WWII’ at the AAM. Julia is the former curatorial assistant at the Cradle of Aviation Museum and is currently the Editor-in-Chief for Metropolitan Airport News. 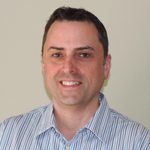 Active in the aviation market since 1993, Raymond Ringston is President and owner of Ringston Media, Franklin Square, New York. Ringston Media provides print and web design services for several FBOs, maintenance, charter, and other aviation-related companies around the country, and has provided creative direction and production for many industry publications, including AviationWeek’s Business and Commercial Aviation magazine and Aviation Week & Space Technology.

Mr. Ringston stays abreast of aviation news and trends by working closely with aviation writers, photographers, and other experts, and has participated in most major industry trade shows including the Singapore Air Show, Farnborough International Airshow, Paris Air Show, as well as those sponsored by the National Business Aviation Association, Helicopter Association International, and the Malaysian Aerospace Council.

While business aviation is its niche market, Ringston Media also works with Fortune 500 companies such as Unilever, Pepsi, TDK Electronics, IBM, Nestlé, Samsung, among others, and publishes several non-aviation magazines each year. An active member of the Long Island Business Aviation Association, Raymond donates his time and talent to this and other business aviation-related nonprofit and trade associations, as well as many non-aviation charitable organizations. 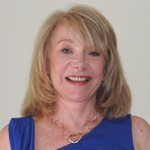 After graduating from Bard College with a major in languages, Roberta Dunn spent a year in Germany and France before joining Trans World Airlines in the early 70’s. At TWA she became the Ambassador and Constellation Club supervisor at JFK.

An interest in food fostered by her international travel lead to “Deliciously Dunn”, her catering and gift basket business for 20 years, while still working at TWA. After the demise of the airline, Roberta became the North American sales rep for La Source, a 5 star resort in Grenada. When hurricane Ivan destroyed the island, she went on to work for Airport Press.

Most recently Ms. Dunn is the Skating Director at the City of Long Beach, NY skating rink. Roberta is a US Figure Skating Gold Medalist in ice dancing and has skated since she was 17 years old. Another of her passions is photography and her photos have been used in several publications. 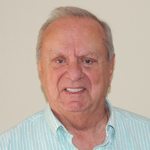 Ed Garcia is a Navy Veteran with more than 37 year experience with TWA and American Airlines at John F. Kennedy Airport (JFK). During his career at JFK, Mr. Garcia held positions in sales, service, management and marketing. Mr. Garcia most recently has been the director of sales for a local newspaper. Mr. Garcia has a bachelor’s degree from St. Francis College.

Mr. Garcia spent 10-years as the sales director for the Airport Press. 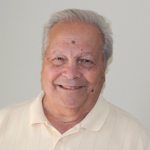 Joe Alba previously was Editor of the Airport Press for 12 years, covering both local as well as global aviation news. Prior to that, Mr. Alba held executive positions in systems engineering and marketing with IBM World Trade, and had assignments in the Far East and Latin America, earning three Outstanding Achievement Awards.

Mr. Alba also directed a new function dealing with Alternate Fuels for Public Service Electric & Gas Company in New Jersey. He founded a natural gas vehicle consortium consisting of car company executives and fleet owners, as well as NGV suppliers in New Jersey. Mr. Alba was a founding partner of ATA, an IT Consulting company, which is still active in Central and South America. After leaving the armed forces, Mr. Alba’s initial employer was the U.S. Defense Department as an analyst.

In his current position, Mr. Alba seeks out the best contributors and news sources, as well as establish close relationships with the aviation industry, to report and relay the news to the airport community. His goal is to make Metropolitan Airport News educational, interesting, and enjoyable to read.

Keeping abreast of aviation news and trends also involves becoming part of the aviation community. and Mr. Alba is a member of several aviation networking organizations including: PR Newswire for Journalists, Airport Managers, Momberger Airport Information, Airport Business, Aviation Network, Pulse, and ORTRAN. He also is a member of the Conference Board and Society of Competitive Information Professionals (SCIP).

Mr. Alba earned a BS in Business at St. Johns University, majoring in Economics, and has both an Executive MBA in Economics from Pace University and an MS from Fordham University, as well as an honorary degree from Georgetown School of Foreign Service.

Having served in the US Marine Corps, Mr. Alba was an activer member of the American Legion and the Marine Corps League, and assisted in all Toys for Tots drives in his community. He was a head coach for Pop Warner football in Rockland County for ten years.