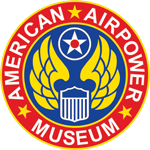 Some sixty five years ago, the current home of the American Airpower Museum at Republic Airport was a crucial part of the “Arsenal of Democracy”. Home to Republic Aviation, the complex produced over 9,000 P-47 Thunderbolts in Farmingdale.

The “Jug”, as it was called because of its robust assembly line construction, went on to defeat the best fighter pilots the German Luftwaffe could muster.

Today, no American aviation museum with a squadron of operational World War II aircrafts has a more appropriate setting for its flight operations. Taxing to the very runways and hangars that dispatched Thunderbolts to war, vintage aircrafts recreate those turbulent years and allow the public to watch these planes in their natural environment – the air.