2022 Our Lady of the Skies Annual Luncheon

Although the skies were drizzly and overcast, the Crest Hollow Country Club atmosphere was anything but. After a three-year hiatus, about 300 guests gathered in person to eat, drink, socialize and support the Catholic Guild and those individuals nominated for their service. After opening remarks from Father Chris Piasta and Al Dephillips, the Yolan J. DePhilips scholarship award for children of JFK airport employees was given to Kyle McKenzie and Samantha Rose Groark, whose father, Jim Groark, accepted on her behalf.

Honored this year were, Woman of the Year, Teresa Rizzuto, JFK Airport General Manager; Man of the Year, Francis DiMola, TFAC Executive Director; Clergy of the Year, Rev. Larry Camerlin, Founder and President of Angel Flight NE; and recipient of the Yolan J.DePhillps Award, John Banbury, JFK Federal Security Director [Ret.].
A short presentation about JFK CARES, an organization made up of representatives from Our Lady of the Skies, KAAMCO, JFK Airport Chamber of Commerce, JFK Airport Rotary Club, and the Port Authority of New York & New Jersey, to aid Florida victims of hurricane Ian, followed.

A silent auction of many incredible items helped raise money for the Catholic Guilds’ charitable causes. The lovely venue and fine food made this 70-year celebration [1952-2022} of the Catholic Guild at JFK Airport an afternoon to remember. 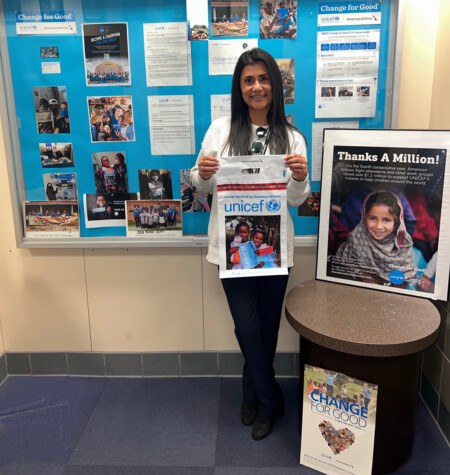 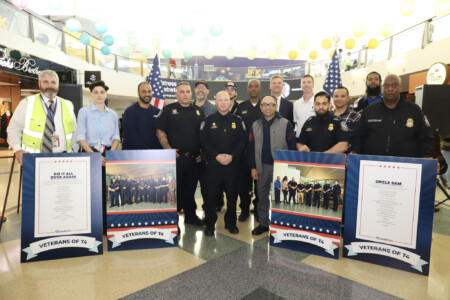 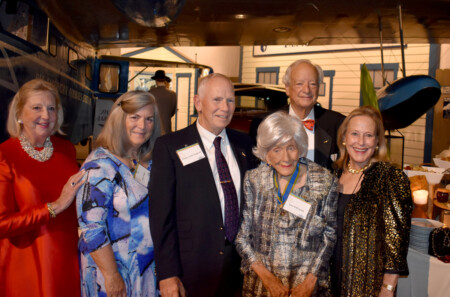