Our Lady of the Skies 2018 Annual Luncheon

Our Lady of the Skies annual luncheon on October 25, 2018, was held at the Cradle of Aviation in Garden City, a wonderfully appropriate venue for the event.

Opening remarks by Al De Phillips credited the success of Our Lady of the Skies chapel to the strong leadership of its chaplains through the years, and thanked the three who were present, Father James Devine, Father Joe Walker and Father Chris Piazza.

The first honoree, Tyler Morse, CEO and managing partner of MCR, began his remarks by speaking about the history of the luncheon, begun in the 40’s, and the Catholic chapel at JFK from its beginnings in 1955 to the present, and the important role it plays in the airport community. Mr. Morse, who is responsible for building the TWA Hotel and restoring the iconic TWA Flight Center, spoke of the challenges in bringing back history to 1962, when the terminal, built by Howard Hughes, who wanted it to be the greatest airplane terminal the world had ever seen, regardless of cost or specifications, was completed. Mr. Morse, a man of many accomplishments, is dedicated to bringing back some of the glamour and excitement of the 60”s when Idlewild Airport was renamed JFK and became an “international Gateway City.”

Klaudia Fitzgerald, 2018 Honoree, is the Manager Landside Operations, Terminal One Group Association. She spoke of the challenges she faced starting as a 13 year old immigrant who spoke no English, and credited her mother, who worked several jobs at once for helping her accomplish her dream of a college degree. Ms. Fitzgerald began her airline career in 1998 with Lufthansa as a passenger service agent and then a Singapore Airlines supervisor while attending college. In 2002 Klaudia earned her Bachelors of Business Administration degree and joined Terminal One in 2003.

At Terminal One, Ms. Fitzgerald held various managerial positions until 2011 when she was promoted from Duty Manager to her current position, Manager Landside Operations.

2018 Honoree, Bishop Raymond Chappetto, is the Vicar General of the Diocese of Brooklyn. After being ordained on May 29, 1971 by Bishop Francis Mugavero,he has had a long career in various parishes in Brooklyn, Rockaway Beach, Queens, and Canarsie. Bishop Chappetto holds a Master’s of Divinity, as well as a Master of Arts in Religious Education from St. John’s University. and was named a Prelate of Honor by Blessed John Paul in 1997. In May of 2012, Bishop Chappetto was appointed by Pope Benedict XVI as Auxiliary Bishop of the Diocese of Brooklyn and ordained to the Episcopancy in July11,2012. In September of 2013 he was appointed to his current position as Vicar General of the Diocese of Brooklyn.

To view photos of the event, go to www.flickr.com/metroairportnews 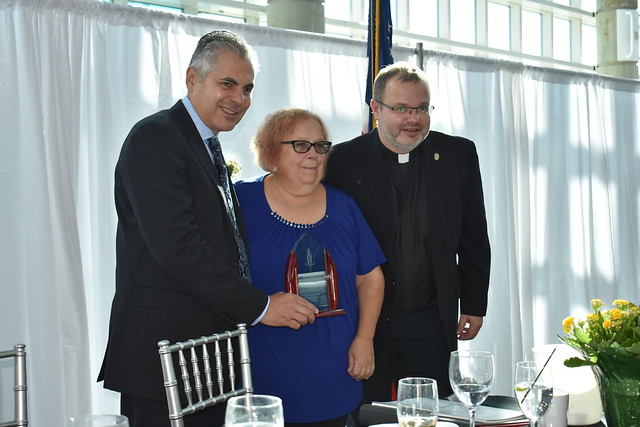 Ottobot Yeti Is Ready for Autonomous Deliveries for Retailers and eCommerce