PANYNJ Celebrates the New $2.7 Billion Terminal A at EWR

“Today’s unveiling of Terminal A marks the culmination of the largest infrastructure project I have had the honor of overseeing during my administration, as well as the realization of our vision for a state founded upon sound infrastructure and fueled by economic opportunity,” said Governor Murphy. “From uniquely New Jersey concessions to innovative public art installations and world-class facilities, Terminal A is revolutionizing travel in a state that has always been – and always will be – a model for the rest of the nation to follow. Just as importantly, while Terminal A’s transformation solidifies Newark Liberty’s status as a regional and international transportation hub, it will also spur billions of dollars in economic activity and generate the good-paying jobs upon which our communities depend.”

“Today, we celebrate the much-anticipated grand opening of Newark Liberty International Airport’s newly redeveloped Terminal A, which will provide travelers with a safer, more comfortable, and more welcoming gateway to our great state. It will not be just a holding chamber for the millions of travelers who annually fly through the airport, but rather a truly captivating experience for all ages, from the art installations to the modern technology to the state-of-the-art facilities,” said First Lady Tammy Murphy. “Terminal A will also be a place of opportunity for the minority and women-owned businesses that will call the Terminal their home and the thousands of additional jobs generated from its opening. I am excited to know that all traveling through Terminal A will experience the best of the best that New Jersey has to offer.”

“Newark Liberty serves a vital role in the region’s economy, and we are committed to enhancing the passenger experience by transforming the airport into one of the premier airports in the world,” said Port Authority Chairman Kevin O’Toole. “This is New Jersey’s largest design-build project, creating opportunities within the local community that is resulting in thousands of jobs to deliver a world-class facility.”

In addition to recruiting certified MWBEs, the Port Authority maintained its commitment to keep the host communities engaged and informed by offering more than 500 events since the introduction of the community outreach offices four years ago. Programing included resources, training for the local business community, and a series of job readiness workshops and job fairs. The EWR redevelopment programs community outreach teams, both in Newark and Elizabeth, have engaged and informed more than 2,100 local businesses offering information on the Terminal A program.

Port Authority partnered with Xovis, a global leader in 3D sensors and software, to equip the new terminal with state-of-the-art technology to meet the passenger needs of the modern era. Xovis sensor technology will be employed at check-in and security, smart restrooms, waypoints, and departure gate doors – all to help reduce wait times, increase the overall efficiency of operations, and improve the customer experience.

Inspiring public art will greet passengers as they move through the new terminal, which showcases the work of 29 local artists with unique art installations that support the Port Authority’s vision for a transformative customer experience offering a distinctive New Jersey sense of place. Complementing the comprehensive public art program is an immersive digital journey created by multimedia studio Moment Factory, that captivates passengers with the Garden State’s renowned landmarks, art, and innovations through a series of permanent large-scale multimedia installations.

In keeping with the Port Authority’s sustainability goal of reducing greenhouse gas emissions from its facilities by 80 percent by 2050, the new terminal features a variety of sustainable design initiatives, including integral solar panels on the curbside glass canopy and roof of the integrated parking structure, new electric buses to support shuttle operations, water-efficient fixtures, a “cool roof,” and energy-efficient indoor lighting and controls.

The new terminal also includes many family-friendly amenities to enhance the overall customer experience. Inspired by many of New Jersey’s greats — Thomas Edison, Bruce Springsteen, Carl Lewis, and Patrick Ewing — the children’s play areas are also themed by music, arts, science, and sports. In keeping with the beautiful landscapes of New Jersey, the bathrooms are designed with various themes such as the woodland theme of the Garden State, the coastal shores, as well as metropolitan chic. Terminal A features a variety of versatile seating to accommodate the needs of today’s passengers, including tandem and soft seating, lounges, benches, and workstations equipped with charging stations in various areas.

The reimagined EWR Terminal A includes a cutting-edge digital media program designed in partnership with Clear Channel Outdoor’s airport division. Locally based New Jersey brands with global and national recognition, including Audible, Rutgers University, and Atlantic Health System, are the first advertisers to enter this new airport media space. They will reach millions of passengers annually by leveraging the latest in digital and printed display technology.

Today’s opening ceremony advances the Port Authority’s vision to transform Newark Liberty into a world-class gateway for the New Jersey/New York region. The next phase of this transformation will be developed through the work of a recently selected world-class airport master planner.

The new Terminal A was designed and built by Tutor Perini/Parsons, with work completed in phases to minimize customer inconvenience. After completing a series of system tests, 21 gates will open later this month, and the remaining 12 gates will be fully operational in 2023. Internationally recognized airport operator Munich Airport NJ will oversee operations, maintenance, and concession functions. 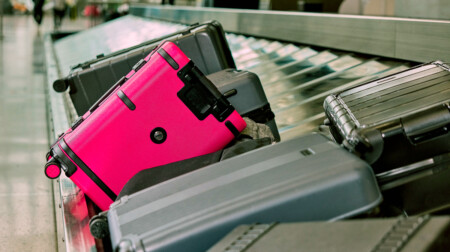 Introducing the Un-carrier On from T-Mobile