Southwest Airlines Co. and Discovery Channel are teaming up once again to bring television’s most anticipated summer event, Shark Week, to new heights. Today, Southwest revealed a Shark Week- themed 737-700 aircraft with an all new, larger-than-life underwater scene depicting five shark species along the fuselage. The plane will fly the skies as part of the Southwest fleet through Aug. 31, 2017, as millions tune in to Discovery’s Shark Week airing July 23 through July 30, 2017.

Customers and Shark Week fans who spot the Shark Week plane throughout the summer are encouraged to take a photo and share it with @SouthwestAir and @SharkWeek, using the hashtag #SharksTakeFlight.

While Shark Week fans anxiously await the July 23 premiere of Shark Week, Southwest Customers are getting in on the jawsome action early. Continuing throughout the summer, Customers onboard WiFi-equipped aircraft can enjoy a pre-premiere episode of African Shark Safari through Southwest’s onboard entertainment portal via the Shark Week ondemand Channel. Customers flying during Shark Week can tune-in live via the entertainment portal live TV on Discovery Channel July 23 through July 30. Southwest and Discovery will also host a surprise takeover on a special flight to kick off Shark Week!

“Southwest is committed to connecting people to what’s important in their lives,” said Brandy King, Director of Communications for Southwest Airlines. “Our long-standing partnership with Discovery connects Southwest with the millions of fans around the world who tune in each year for the week-long phenomena that is Shark Week.”

This exciting partnership with Discovery’s Shark Week is an opportunity to celebrate the carrier’s newest international destination, Grand Cayman, which Southwest serves with nonstop flights from Ft. Lauderdale. Want a bite of the nonstop action? Southwest and Discovery will send a winner and three guests on an adventure of a lifetime through the Dare to Dive Sweepstakes.  Customers and Shark Week fans can enter for a chance to win the Dare to Dive sweepstakes which includes roundtrip Southwest air travel for four (Government-imposed per passenger travel taxes of up to $150 per person are not included and are payable by each of winner and guest prior to travel), a $2,000 Ritz Carlton gift card, and a $1,000 Visa gift card for an aquatic adventure of the winner’s choosing. To view the full rules and enter for a chance to win, visit Southwest.com/SharkWeek. 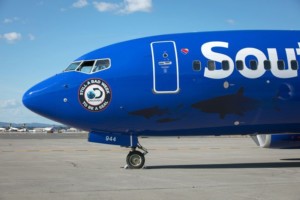 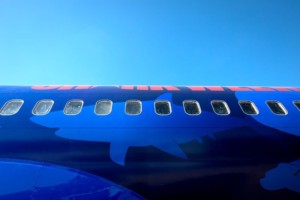 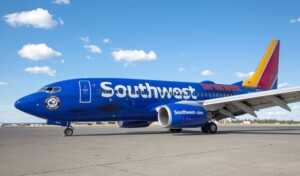 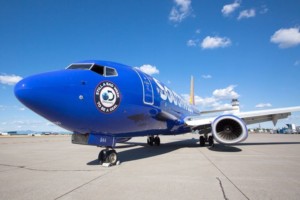