Vaughn Maintains Top Regional Ranking and Moves Up in Multiple Categories for 2019.

For the eighth year in a row, Vaughn College has been ranked among the first-tier top regional colleges in the North and holds the sole rank of eighth this year. U.S. News & World Report results released September 10 again recognized Vaughn in its 2019 survey of the best regional colleges.

“Vaughn is committed to our mission of preparing graduates for a professional life of success and these latest rankings reflect that dedication,” said President Dr. Sharon B. DeVivo. “This year, in addition to a top ranking, we are particularly proud of a significant increase in the peer assessment category based on a survey of provosts and chief academic leaders that acknowledges the contribution of a Vaughn education.” 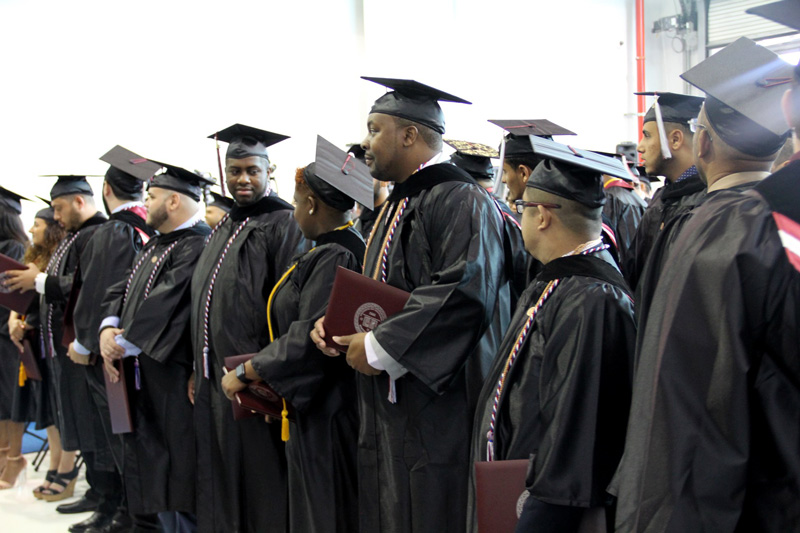 Vaughn was also ranked 11 in the “Best Value Schools” in the regional North category reinforcing the value of investing in a Vaughn degree, while coming in at number one and tied with the City University of New York for ethnic diversity and in the top 10 for the number of international students attending the College.

In this year’s survey, for the second year in a row, Vaughn was ranked third in the “Best Colleges for Veterans” category. Vaughn is committed to its veteran student population providing a transition from military to civilian life and professional skills for long-term career success.

One of the variables used in the ranking is the predicted versus actual graduation rate. U.S. News calculates a predicted six-year graduation rate for Vaughn students based on economic and academic characteristics at the time of admission, and this year they predicted a rate of 43 percent and Vaughn achieved 52 percent.

Vaughn has been consistently recognized for its educational value to students, most recently by Careertrend ranking Vaughn as number four on its list of the hardest working colleges in the US. The report utilizes data from the US Census and the National Center for Education Statistics to estimate the hours students are likely to work upon graduation, based on the most popular majors at each institution. Last year, Vaughn was recognized as the number one institution in the country in economic mobility as published in The New York Times; the best at moving students from the bottom income levels to the top.

U.S. News & World Report began its annual rankings of American colleges and universities in 1983. As in years past, it used more than a dozen indicators to score its 2019 choices, including undergraduate academic reputation, faculty resources, student selectivity, graduation rates, freshman retention rates and alumni giving. Rankings were based on a weighted evaluation of all categories.

Further evidence of graduates’ success is the current career placement rate of 97 percent employed, 82 percent in their field of study, or continuing their education within one year of graduation.