Delta’s work to create a sustainable future continues with a long-term offtake agreement under which Delta will purchase 10 million gallons per year of advanced renewable biofuels from Gevo. Sustainable aviation fuels provide significant environmental benefits because the lifecycle carbon footprint can be up to 75 percent less than conventional jet fuel.

Delta’s agreement with Gevo complements the airline’s recent $2 million investment in Northwest Advanced Bio-fuels, LLC for the feasibility study of a facility to produce sustainable aviation fuel and other biofuel products in Washington State. The airline’s investment in sustainable fuel is only one example of Delta’s work to positively impact the environment, maintain its commitment to carbon neutral growth and reduce emissions 50 percent by 2050.

“Long term investments such as our agreement with Gevo are critical to Delta’s goal to lower our carbon footprint while planning for a more sustainable future,” stated Graeme Burnett, Senior Vice President – Fuel Management at Delta Air Lines. “Fuel is an airline’s biggest area of impact and therefore presents our greatest opportunity to drive solutions that care for the planet.”

Powered by inedible, industrial corn products, or no. 2 corn, Gevo’s patented process separates the sugar from the proteins in the corn product. The sugars are then used to make the jet fuel, while the proteins are fed to livestock. After capturing and converting the livestock manure into biogas digestors that can displace fossil-based natural gas, the solids produced are used as fertilizer for the fields, thereby creating a continuous, renewable manufacturing cycle.

“We have such great potential in our business system to break paradigms as to what is possible. We are working to create a business system that works hand-in-hand with agriculture to improve sustainability and lower the carbon emissions of jet fuel while producing protein for food chain use,” said Patrick R. Gruber, Gevo’s Chief Executive Officer. “Not only does our system produce enormous quantities of protein, we are working to get off the grid by installing wind power for electricity and manure digestors to produce biogas. We want our Luverne Facility to embody the ‘circular economy’.”

The sustainable aviation fuel is expected to be produced upon completion of an expansion to Gevo’s existing advanced biofuel production facility in Luverne, Minn. and is expected to be available for use by Delta between 2022-2023.

A copy of the fuel sales agreement between Delta and Gevo has been filed with the U.S. Securities and Exchange Commission on Form 8-K.

Since 2005, Delta has reduced its jet fuel consumption, leading to an 11 percent decrease in emissions as Delta works toward its long-term goal of reducing emissions by 50 percent by 2050. Delta is also investing in new, more fuel-efficient aircraft to optimize the use of jet fuel. In July, Delta flew the first of 20 carbon-neutral new aircraft delivery flights from the Airbus final assembly line in Mobile, Ala., utilizing sustainable aviation fuel and carbon offsets in coordination with Airbus and Air BP.

These sustainability efforts have resulted in Delta being awarded the Vision for America Award by Keep America Beautiful in 2017 and the Captain Planet Foundation’s Superhero Corporate Award in 2018, as well as being named to the FTSE4Good Index five consecutive years and the Dow Jones Sustainability North America Index nine consecutive years. 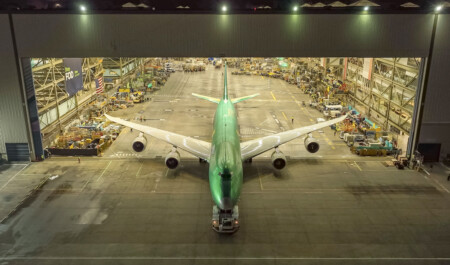