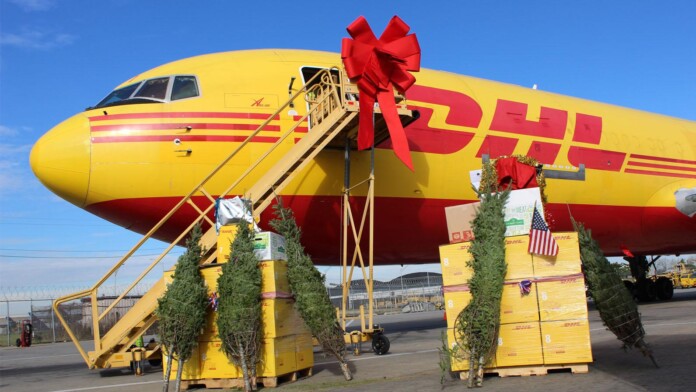 DHL Express is delivering the gift of joy to soldiers who find themselves far from family and friends this season.

To help them enjoy a traditional holiday celebration, the company is once again sending hundreds of freshly cut Christmas trees with lights, ornaments, decorations, and more to U.S. servicemen and women stationed in Kuwait and Bahrain – along with hundreds of handwritten letters from school children back home. For the past 18 years, DHL has coordinated this very special delivery – known as Operation Holiday Cheer – in partnership with Dees’ Nursery and many charitable organizations from the NYC-metropolitan area.

“We’re pleased to show our appreciation for the brave men and women who serve to keep us safe,” said DHL Express U.S. CEO Greg Hewitt. “And through Operation Holiday Cheer, we can lift their spirits and give them a touch of home this year. We are proud to donate our global shipping network to deliver Christmas trees and other holiday reminders of home to these troops, who otherwise might not have had access to trees—especially with the short supply we’ve been seeing as a result of the pandemic.”

Operation Holiday Cheer kicked off on Monday, Dec. 6, with a celebration at Dees’ Nursery in Oceanside, NY. The event featured local community members, veterans groups, schoolchildren, and Nassau County dignitaries – as well as Santa himself, who appeared bearing gifts from DHL. The children read letters they wrote to soldiers, followed by a performance of holiday and patriotic songs by the Broadway Carolers.

From Long Island-based Dees’ Nursery, a police motorcade escorted the special convoy to the DHL Gateway facility at JFK International Airport, where the holiday decorations and letters were loaded aboard a DHL 767 jet. After a quick stop at the DHL Cincinnati/Northern Kentucky Airport (CVG) hub, the donated items were flown nonstop to the DHL Bahrain hub, where they were dispatched to U.S. military personnel in the region.

DHL Operation Holiday Cheer began in 2004 when the mother of an Iraq-based U.S. soldier asked Dees’ Nursery if she could send a Christmas tree to him. The nursery insisted on donating the tree but needed help with shipping. That’s when Dees’ owner, Tom Di Dominica, Sr., mentioned his mission to businessman Jim Adelis, who then contacted DHL Express – and it all began.

Since that single tree was shipped in 2004, DHL Operation Holiday Cheer has transported more than 12,000 trees from the Dees’ farm in Maine, providing a special holiday experience for soldiers serving our country overseas. 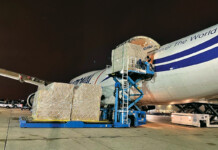 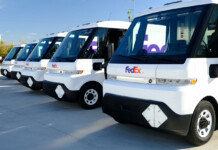 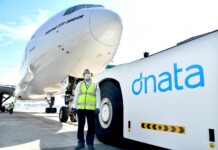 dnata Continues to Be Recognized for Achieving the Highest Safety Standards