Commercial airlines are in the business of transporting passengers and cargo by air on regularly scheduled routes. In addition to this essential service which keeps people and businesses moving, major commercial airlines sustain charitable giving programs that give back to the communities they serve, both locally and globally. Through a predetermined application process, charitable organizations that receive support are primarily registered as 501(c)3 not-for-profit, and include those that champion education, medical research, disaster relief, conservation and environmental concerns, veteran’s organizations, arts and cultural non-profits, the homeless and food insecure…and the list goes on. Most airlines have programs that are organized to promote employee volunteerism and community outreach efforts and also encourage their customers to assist worthwhile organizations through the donation of frequent flyer miles.

Points of Light is a global non-profit organization committed to mobilizing millions of people to take action that changes the world. An initiative of Points of Light is The Civic 50, which recognizes the 50 most community minded companies in the country each year. The Civic 50 honorees are selected annually by survey, based on four dimensions of their community engagement and programs: investment, integration, institutionalization, and impact. Since its launch in 2012, Delta Airlines has been named an honoree of The Civic 50 for the last four consecutive years; the only airline to make the list. Delta’s many initiatives include their commitment to advancing education through their support of 3DE schools across the US. The aim of 3DE schools is to re-engineer education to create engaging learning environments and empower student to unlock greater economic opportunity. Another program is through Delta’s partnership with the YMCA, sponsoring 28 YMCA chapters on three continents.

With the goal of improving global health and wellness, Delta has partnered with the American Cancer Society. Their employees and customers raise over $2 million for the ACS annually. Since 2005, Delta has raised $14.6 million for the Breast Cancer Research Foundation, funding the vital work of 51 different research projects in the interest of eradicating breast cancer. Delta employees and customers have also raised $5 million in partnership with Children’s Miracle Network Hospitals, supporting 19 children’s hospitals; 13 of which are within the CMNH. The airlines longest standing non-profit partnership is with the American Red Cross, dating back to 1941, when employees donated blood during World War II. In the 2019 fiscal year alone, Delta employees donated over 13,000 pints of blood, saving over 39,000 lives.

Other programs include Delta’s partnership with Habitat for Humanity – helping to build or rehabilitate 270 homes since 1995. In salute to Armed Forces and Veterans, Delta’s customers support the Fisher House Foundation’s Hero Miles program through SkyWish by donating miles. Thanks to these donations customers help to provide airline tickets to wounded, injured and ill service members and their families, as they seek medical treatment. Employees also donated thousands of toys, including over 800 bicycles built by Delta TechOps in partnership with Marine Toys for Tots. Millions of pounds of assets like blankets and amenity kits are donated to social service agencies that help the homeless, schools, families in need and more. Delta also supports CARE, a humanitarian organization that provides aid to some of the world’s most impoverished communities.

American Airlines philanthropic efforts focus on American Airlines Kids In Need program which provides worldwide support for children and their families, offering assistance for those in need of medical, educational and social services, as well as organizations that raise public awareness of children’s issues and improving their quality of life. Since 1983 American has championed the fight against breast cancer, raising awareness and gathering support from thousands of employees, customers and community members. American Airline’s military programs and events promote physical, mental, emotional well-being, and often the recovery of wounded service members.

With American Eagle, the airline sponsors veteran’s initiatives through the donation of airfare for servicemen and women and their families. American provides emergency relief and helps raise awareness, draw support, and provide direct assistance to those in need in disaster-impacted areas. Through volunteering, charitable giving and community outreach, last year American team members donated over 157,000 volunteer hours- with the airline donating more than 20 million miles to local charities on their behalf.

The United Airlines program, Every Action Counts, promotes inclusion with the goal to inspire future leaders to help communities in need, and protect the environment. In partnership with Airlink, American Red Cross and Rise Against Hunger, United responds to disaster-impacted areas, providing critically needed relief, the transport of first responders and volunteers who assist in a rapid response toward recovery efforts. By fostering partnerships with regional non-profits like Make-A-Wish, the Boys and Girls Clubs, United’s goal is to have an enduring impact on their hub cities. In 2012, the United Adventure Bear program was created to increase their impact in the communities they serve, as well as to provide an opportunity for workers to get involved by supporting local hospitals and charities. Throughout autumn and winter United employees deliver the Adventure Bear to children across the globe. In 2018 alone, 10,000 bears brought smiles to children in need in 31 countries, both within the United States, and as far as Australia, Colombia, Portugal, and Vietnam.

JetBlue maintains support in the areas of education and youth, community, and the environment. Through partnerships, donations and crewmember volunteering, JetBlue sustains a strong tradition of assistance to dedicated community organizations in ‘BlueCities’ where communities and their environments are integrally connected. According to the JetBlue CSR 2019 Annual Report, in the nine years prior to the report, crewmembers volunteered over one million hours of caring in their communities, providing rescue flights, relief supplies and funds throughout the Caribbean in the wake of Hurricane Maria.

Other programs like, Soar with Reading, brings the power of reading to children with little access to age-appropriate books. To date JetBlue crewmembers have volunteered over 675,000 hours of service, resulting in over $1.5 million of in-kind donations impacting their local communities.

“Real generosity toward the future lies in giving all to the present.”

American Airlines Family Fund – The American Airlines Family Fund, administered by Emergency Assistance Foundation, is a public, nonprofit 501 (c)(3) organization that was created to help team members who are facing financial hardship immediately after a natural disaster or an unforeseen catastrophic situation that threaten their health and welfare. The Family Fund relies primarily on individual donations from team members and support from American Airlines to fund this program. Every contribution helps and, when combined with others, can provide a tax-free grant (USA) to help a fellow team member in need when they are facing the unexpected.

Let Good Take Flight – Community is a word that defines how humans come together in commonality. We stand up for what’s right, defend each other and believe that by working together we can create good in the world. Through humanitarian efforts, feeding the hungry, disaster response and contributing to future generations around the globe, we want to do our part to help those in need.

SkyWish – Every October, Delta raises money to support research projects through the Breast Cancer Research Foundation. Since our partnership began in 2005, Delta has raised over $20 million and funded 80 research projects.

JetBlue for Good – JetBlue For Good takes corporate social responsibility to new heights, supporting community, youth and education, and the environment year-round. JetBlue is passionate about inspiring the next generation by partnering with influential nonprofit organizations and creating award-winning programs.

A Hole in One for Charity – The JetBlue Swing for Good Golf Classic is an annual charitable fundraiser that began in 2009 as a vehicle to raise resources for our charity partners. The event brings together JetBlue crewmembers and approximately 200 business partners – providing a great mix of fun, camaraderie and competition at one of the country’s most renowned golf venues – to raise funds for outstanding charities.

Soar With Reading – In 2011, JetBlue launched Soar with Reading, a program designed to encourage kids’ imaginations to take flight through reading and to get books into the hands of kids that need them most. Since its inception, JetBlue and their partners have donated over $2.75 million worth of books to kids in need.

Next Generation of Learners in STEM – Youth who are passionate about STEM (Science, Technology, Engineering and Math) and aviation should have opportunities to pursue their dreams. That is why JetBlue has a long standing association with strongly supporting STEM education programs for youth. Recognizing the need to support further diversity in aviation, JetBlue has worked with colleges and technical schools to engage awareness in aviation careers.

United Adventure Bear Program – Since 2012, the United Adventure Bear program has brought smiles to children in need across the globe. The program was created to increase our impact in the communities that we serve and to provide opportunities for co-workers to get involved by supporting local hospitals and charities. Throughout the fall and winter, United employees deliver our Adventure Bear, named Ben Flyin, to children in need around the world. In 2018 alone, we delivered more than 10,000 bears in 31 countries. United Adventure Bears have traveled near and far, both within the U.S. and to countries including Australia, China, Colombia, Germany, Ireland, Peru, Portugal and Vietnam.

Every Action Counts – From promoting inclusion and inspiring future leaders to helping communities in need and protecting the environment, Every Action Counts is our pledge to put our people and planes to work for the greater good. 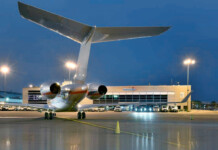 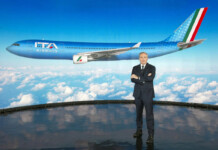 The ITA Airways Era Has Begun 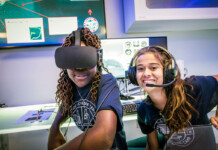