My Friend, the Invincible Teresa James

On June 12, 2001, a JetBlue airliner touched down at JFK International and taxied to its gate after a two-and-a-half-hour flight north from West Palm Beach. On the other end of the jetway, I stood awaiting a woman who I had only corresponded with on the telephone and through the U.S. Mail in the months prior to her arrival.

After accepting my invitation to attend the dedication of a new exhibit honoring the Women Airforce Service Pilots (WASP) of WWII that I had curated at the American Airpower Museum in Farmingdale, Long Island, my special guest was to be the keynote speaker and one of eight WASP attending the opening of the exhibit the following day.

Just three months prior to 9/11, the world was a much different place then today and I was fortunate to be able to greet my distinguished visitor right out of the gate and accompany her to my car for our drive to my home. With a delightful smile and a youthful sparkle in her eyes that belied her ‘80 something’ years, there she was before me, the pioneering aviatrix, Teresa D. James, one of the 28 ‘Originals’ of the Women’s Auxiliary Ferrying Squadron (WAFS), the first female pilots to fly military aircraft for the U.S. Army Air Forces, later to be known as the WASP.

As my husband gathered Teresa’s bags, she said to me with a wink of an eye, “Well, kid, this is Teresa’s Last Hurrah!’’, for it was now 57 years later that she would be returning to the very same hangar from which she had once flown P-47s for the war effort with the 2nd Ferrying Division of the Air Transport Command….the same hangar that was now the home of the American Airpower Museum at Republic Airport.

Teresa James’ call to service for country arrived via telegram on September of 1942 with orders to report to the New Castle Army Air Base, Wilmington, Delaware. A former speed skater, she learned to fly at age 19 in an OX-5 Travel Air, soloing in four hours and 20 minutes at Wilkinsburg Airport, PA, so that she could impress a handsome pilot that she had a major crush on. Despite an extreme fear of flying, Teresa obtained her private license on October of 1934. By the time James received the telegram to report for WAFS duty, she was a flight instructor in Pittsburgh who had captured the title of ‘Girl Stunt Pilot’ performing her signature 26- turn spin and loops at barnstorming events throughout the east coast. On May 19, 1938, Teresa flew Air Mail for the National Air Mail Week Campaign from Wilkinsburg in commemoration of the 25th Anniversary of Air Mail Service in the U.S. while working as a florist at her family’s flower shop.

After obtaining her transport license and primary and secondary instructor’s rating, Teresa fell in love with the man she called her ‘most important student’, George ‘Dink’ Martin. and they married in 1942 just prior to Teresa joining the WAFS. Dink enlisted in the Army Air Forces as a B-17 bomber pilot and was shot down and missing in action while on a mission over France in June 1944. Teresa would receive the devastating word of his loss while ferrying P-47s from Republic Aviation in Farmingdale, but it would not be until 1987 that she learned of her husband’s and his crew’s fate in the French town of Joinville-le-Pont through the testimony of eyewitnesses to the crash some 43 years earlier.

During her famed career as a pilot, Teresa was qualified to fly 54 types of civilian and military aircraft from the OX-5 biplane that she soloed in, to the twin-engine C-47, C-60, the P-51 Mustang and her ’Baby’, the P-47 Thunderbolt.  At the apex of her service as a WASP, on September 20, 1944, Teresa was chosen to ferry ‘’Ten Grand’, the 10,000th P-47 manufactured by the Republic Aviation to its port of embarkation in Newark, New Jersey from where it would be transported by ship overseas for its first assignment with the 79th FG of the 12th Air Force on the Italian Front.

After the abrupt disbandment of the WASP in December 1944, Teresa was commissioned as a Major in the U.S. Air Force Reserve and from 1961 to 1965 she was assigned to the Alaskan Air Command in Anchorage and while living there, accumulated experience in bush piloting.

On June 13, 2001 Teresa received the NY State Conspicuous Service Award from Governor George Pataki at the dedication of the WASP exhibit. As she walked around the old Republic hangar, she patted the wing of the museum’s P-47 and said to me, “I think you’ve added 10 years onto my life.” It was very bittersweet. By the end of her weeklong visit, she said, “I changed my mind; you’ve added 15 years onto my life”. But as our newfound friendship grew over the next few years and with my subsequent visits to her home in Florida until her passing in 2008, I often think about Teresa and what an incredible life force she was, and the impression she left on my daughters and all who met her. I still miss her to this day, but I consider it a privilege to have known her and to call her a friend because to know her was to love her.

Remembering Cornelia Fort, On a Date Which Will Live in Infamy 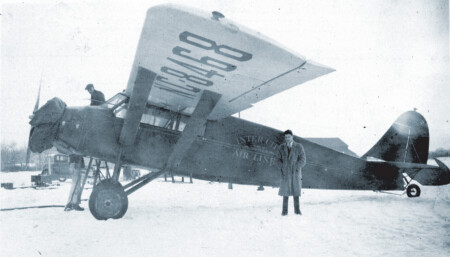