Scott’s Cheap Flights, a travel service that has saved its 2+ million members more than $500 million on flights, has officially rebranded to Going.

“We knew it was time for a brand change that recognized both where we are today and could also grow with us into the future,” said co-founder and CEO Brian Kidwell. “The name Going has this sense of motion and excitement that fits perfectly for a travel company like ours.”

Going began as a modest hobby after founder Scott Keyes uncovered a $130 roundtrip ticket from NYC to Milan in 2013. But what started as a simple, cheap flight email list for friends has now grown to a wraparound travel service, including a cheap flight search engine, multiple newsletters, and a soon-to-launch mobile app. With the company growing beyond just Scott and beyond just cheap flights, the timing was right for a rebrand.

“I work with 65 amazing people, and none of them are named Scott,” said Keyes. “Each week, we help thousands of people get unexpectedly cheap flights, and every time they write back to say ‘thank you, Scott,’ I feel supremely guilty! This company has dozens of people who deserve credit, not one person. While the name Scott’s Cheap Flights worked great when it was just me, I’m even happier to be at a company we’re all building together on our mission to help people travel the world, and that’s Going.”

Collaborating with the award-winning agency Design Studio and reviewing more than 3,000 names, Going emerged as the ideal name that satisfied the following criteria:

“While this is a big visual change, one thing that hasn’t changed is the soul of this company,” said Kidwell. “We’ll continue putting travelers first, sending out incredible cheap flights, and we’re excited to build even more ways to help people travel beyond what we can deliver in an email.”

The rebranding effort will also include the long-requested introduction of a mobile app in the first half of 2023, including an interactive map of cheap flights available in real-time. The app will be made available for both iOS and Android. Going will also expand its newsletter coverage in the coming months and introduce Going for Teams, a bulk membership option for companies to strengthen their employee perks.

Since 2015, Going has helped our 2+ million members travel and experience the world. The company combines sophisticated software and human Flight Experts to discover flight deals and mistake fares up to 90% off. Unlike fully automated fare alerts services, our deal alerts pass a rigorous quality evaluation to ensure they’re worth members’ hard-earned money and limited travel time. 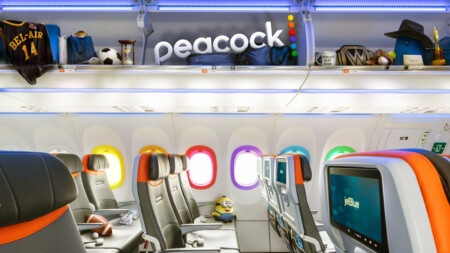