David Davenport, Co-CEO and President, Commercial, of FlightSafety International, has been elected President of The Wings Club Foundation. The Board of Governors voted to elect David during the Wings Club Annual Meeting held on March 27, 2019. He will serve a one-year term.

“It is an honor to be elected President of the Wings Club. This is an outstanding organization with a rich history that has served and supported the aerospace community with excellence since 1942,” said David Davenport. “I look forward to working with our members to advance the Club’s mission to support aerospace education for young people, and to recognize and celebrate the accomplishments of our industry.”

As President, David will set the strategic direction of the Foundation for the upcoming year. He will serve as Chairman of the Executive Committee, and preside over the annual meeting, board meetings, Annual Awards Gala and Aviation Leader Series Luncheons. David joins a distinguished group of aviation leaders who have previously served in this important role including Bruce Whitman, former Chairman, President & CEO of FlightSafety.

“My specific areas of focus for the upcoming year are to encourage young people to consider pursuing a career in aviation,” added Davenport. “Today’s students are tomorrow’s leaders. They are the future of our industry. We will be working with our members and aerospace companies and organizations to increase support for our annual scholarship grants in order to strengthen and broaden access to this important initiative.” 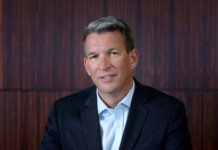 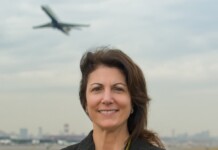 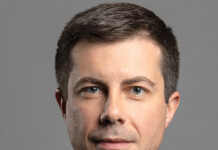